Meniere’s Disease and a Simple Solution

Meniere’s Disease and a Simple Solution 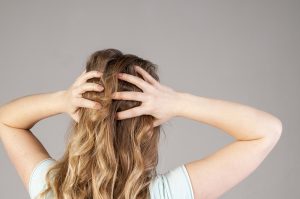 Meniere’s disease is known for attacks of dizziness along with a spinning sensation (vertigo), ringing or other noises in the ear (tinnitus), as well as hearing loss. Both tinnitus and hearing loss can gradually become a permanent issue when not addressed. When you are diagnosed with Meniere’s, you may not be permitted to drive until you find a way to manage your symptoms and keep them under control.

Meniere’s disease is a unique but rare condition affecting the inner ear. One out of every 1,000 people will get Meniere’s disease, and it is prevalent among people between the ages of 40 to 60 years. Normally, it will begin in one ear, and in 4 out of 10 cases, it eventually affects the other ear. In the 1860’s, the French doctor Prosper Meniere, from who the disease was named, was the first to discover that the symptoms of this condition originated from the ear. At the time of his discovery, it was a commonly accepted theory that the symptoms were sourced from the brain.

The symptoms of Meniere’s disease appear very erratic, seeming to come and go in episodes or attacks. These episodes are accompanied by the following symptoms:

Once the attack passes, you may still feel unsteady and exhausted. This feeling may continue for a day or more after the attack subsides.

The expression of symptoms with Meniere’s disease varies not just from person to person but from one attack to another. Usually, following an attack that includes tinnitus and hearing loss, these symptoms linger for a few hours. However, some episodes only include vertigo but no hearing loss. The combination of experiencing hearing loss with no vertigo is out of the ordinary. The severity of vertigo can range from very slight to causing the person to vomit for a few hours.

The frequency of Meniere’s attacks varies as well. For some people, the attacks only happen every few months or perhaps once a year. Others may experience them more frequently and in quick succession. A frequent example would look like having an attack every 2 days for a week or more. Some attacks may be so close together that they appear to be one attack occurring for several days. The majority of people experience a cluster of about 6 to 11 attacks in a year’s time.

One of the rare but more dangerous risks of a Meniere’s episode is a drop attack. This happens when a person suddenly falls to the floor while staying conscious. These only last a short time and, if vertigo occurs at the same time, it is usually mild. Drop attacks happen in only 1 out of 25 people with Meniere’s. What makes these attacks so dangerous is that they are unpredictable and can be life-threatening if the person in engaged in an activity like operating heavy machinery, including driving a car, or is high up on a ladder or other unstable landing.

What Are the Causes of Meniere’s Disease?

There is still not much known about the cause of Meniere’s disease. Doctors and researchers alike have not concluded on one solid reason for the disease; however, they do agree that the symptoms result from an unusual amount of fluid build up in the inner ear. The question is, why does this build up occur? To answer this question, it requires a little more knowledge about how the inner ear works.

The inner ear, which is the part of the ear nearest the brain, is responsible for the reception of sound vibrations. These vibrations are relayed to the brain along hair-like sensors that respond to the moving fluid in the ear. In order for the functionality of the inner ear to work properly, it is vital that the correct amount of chemical compounds and pressure are present in this traveling fluid. All of these elements play into the effectiveness of the body’s balance system and for healthy hearing. When any of these properties malfunction or the fluid builds up, this could cause Meniere’s disease onset.

A Natural Remedy for Meniere’s Disease

A misalignment in the bones of the upper cervical spine can cause interference in the ear’s ability to efficiently drain fluid and could also result in an interruption of normal communication between the ear and the brain. Even a misalignment of ¼ of a millimeter could have significant negative impacts on the entire body. This is because the brainstem is tucked within the protective bones of the upper spine, which means that any unnatural shift puts pressure and stress on the brainstem, disrupting the flow of signals between the brain and body. This can mean impaired hearing or a hindrance in fluid flow.

At Rickards Chiropractic in Escondido, CA we use a precise and gentle method to correct this type of misalignment. Rather than using forceful adjustments that involve popping or twisting, we gently encourage the bones of the neck to return to their natural place. After the spine has been corrected, fluid flow and communication improve, and Meniere’s patients have often seen dramatic results. In a number of cases, the condition disappeared completely and did not return. By visiting our Escondido vertigo clinic, you might be able to finally find the relief you’re looking for.

To schedule a consultation with Dr. Rickards, call our Escondido office at (760) 745-1511. You can also click the button below.

If you are outside of the local area, you can find an Upper Cervical Doctor near you at www.uppercervicalawareness.com.

Chiropractic is an Essential Healthcare Service during the Shelter in Place order.

To All of our Patients:

The California governor issued a Shelter in Place order recently. According to the legal order it states that visiting a health care professional is considered an essential task which means it is allowed. That being said, we want to ask that anyone exhibiting symptoms of being sick, or if you fall into the category of having a pre-existing condition that puts you at a higher risk of getting the virus to stay home until the shelter in place order is lifted. For everyone’s protection, all surfaces of the adjusting tables, graphing chair face support and handles of that chair, handrails in the adjusting room and doorknobs are being wiped down between every patient. We have the circulating fan of the heating and air conditioning unit running at all times to keep the air moving.

We have left all scheduled appointments in place. If you want to schedule or re-schedule an appointment, we do ask that you call the office so that we can know how to plan for each day.

At present, there are no drugs, natural remedies or alternative therapies that have been tested and reviewed to meet any evidence-based standard for the treatment of this virus. We do each have to seek our own pathways to health and well-being. For millions of Americans, that pathway includes regular chiropractic care. We all wish all of you the very best of health during this challenging time.

The Rickards Precision Chiropractic & Wellness website uses cookies, tracking pixels and related technologies. By continuing to browse our site, you are agreeing to our use of cookies.OkPrivacy policy
Go to Top